Here’s How Everything Got Started…

It was 1973… The Korean Conflict was not far behind us, and the Vietnam War was in full swing.  I’m a kid in rural East Texas… My Dad-WN6EIZ SK, was half way around the world the Captain of a Super Tanker, full of Jet Fuel, off the Coast of Vietnam…

My Dad was a Ship’s Captain in the USNS Fleet before internet or cell phones.  Letters from around the world took weeks… And so the only way we could talk to my Dad, was via “phone patch” offered by the many fine operators that monitor the Maritime Mobile Network.

Amateur Radio Was THE ONLY WAY Our Family could spend time with my Dad when he was gone at Sea!

I will never forget our entire family huddled around the telephone, talking to Pop… and saying “over”, talking to my Dad while he was anchored off of The Coast of Da Nang, Vietnam (or some other classified location).

Back in those days, I would spend my nights banging away on an old Radio Shack buzzer key, learning the mysterious “code” that you HAD to KNOW to become a “Radio Operator”, like Pops, or Sparky, the Radio Operator on my Dad’s ship.

A Thing for the “CW”

(Picture below. My Dad, Me, My Younger Brother Andy-KE5EXX followed by my younger sister Angela visiting some friends.)

Fast forward a few years to 1977 where at the ripe old age of 15, I received my Novice Ticket, under call-sign of WD5DNU. (now KC5ILR)
So coming up on 3 generations of licensed Amateur Radio Operators… with a CW addiction.
Publicado em amenidades, notícia | Com a tag CW, CW Morse LLC, fabricante, telegrafia | Comentários desativados 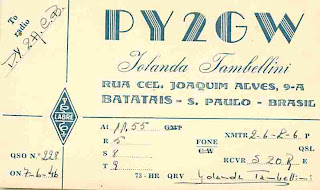